Fields Insurance Agency is dedicated to providing quality insurance protection while providing prompt and courteous service to all who seek our insurance products. We wish to establish a successful partnership with our Members that will respect the interest and goals of each party.

Success will be measured by our Members choosing us because of their belief in our ability to meet or exceed their expectations of Price, Service, and Expertise. 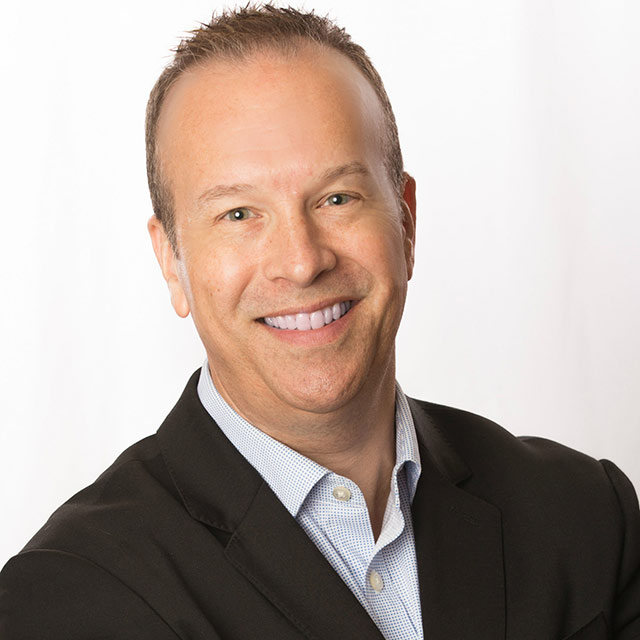 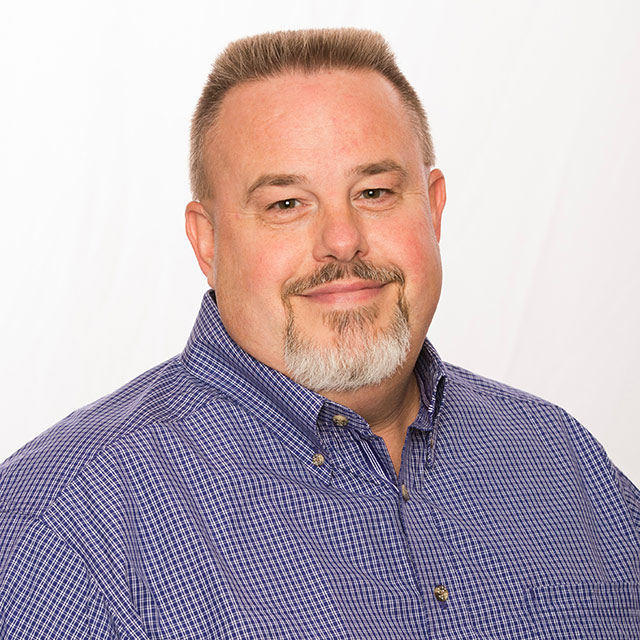 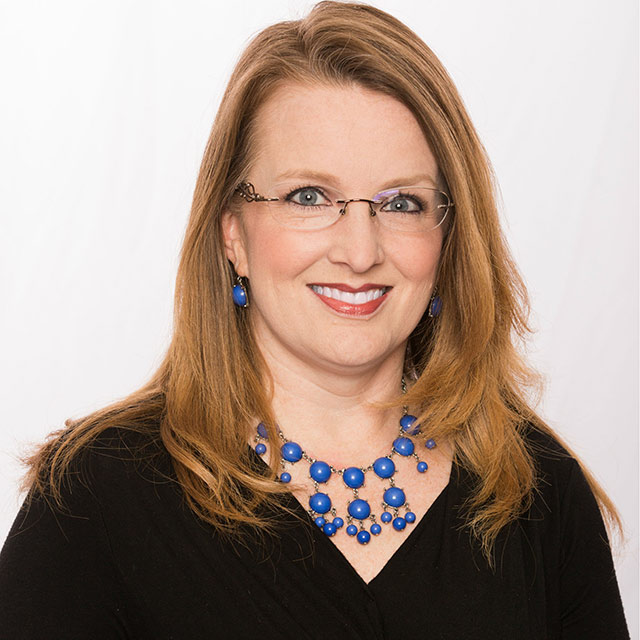 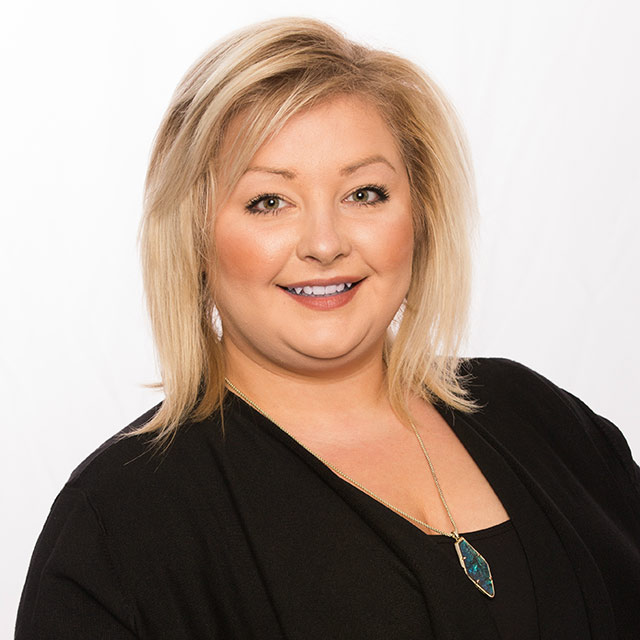 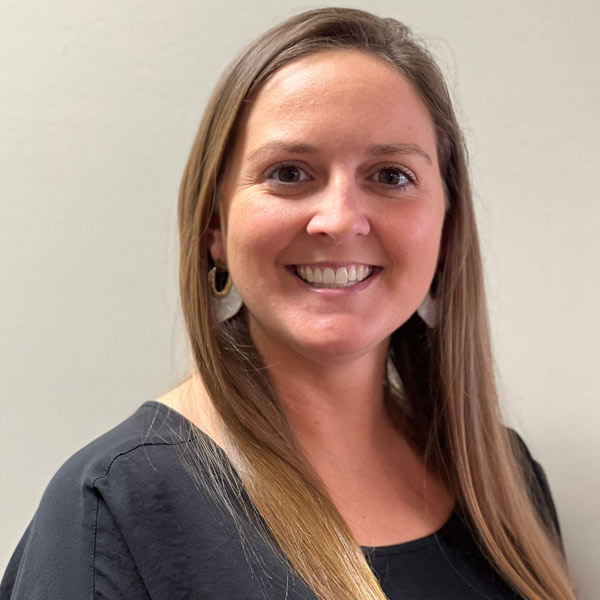 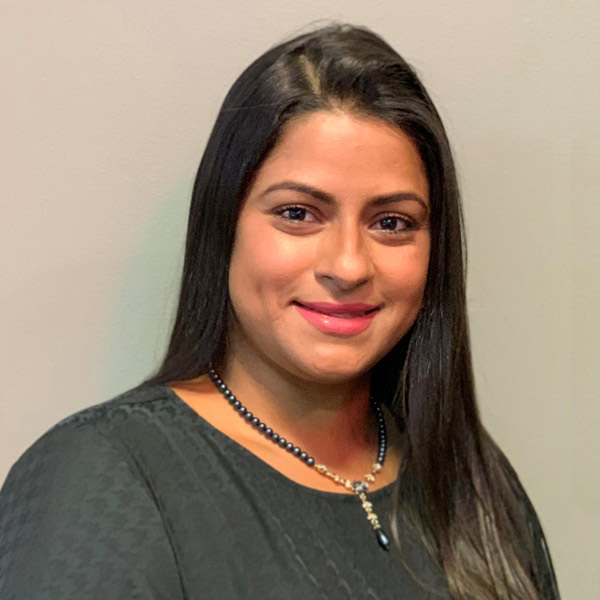 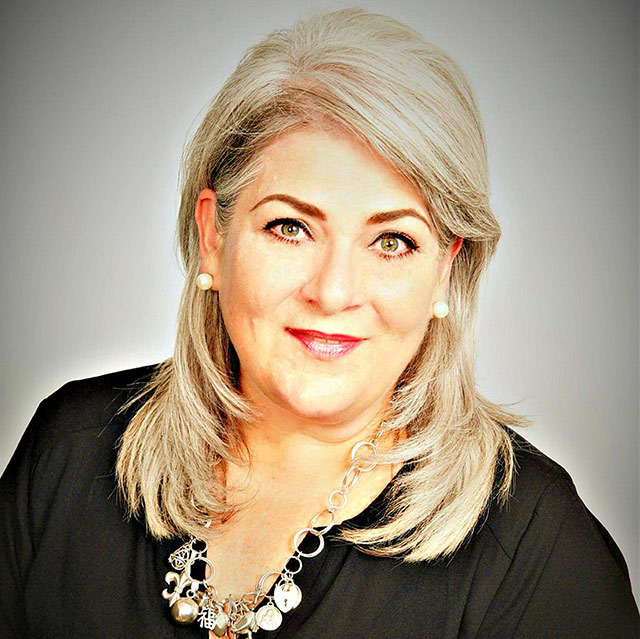 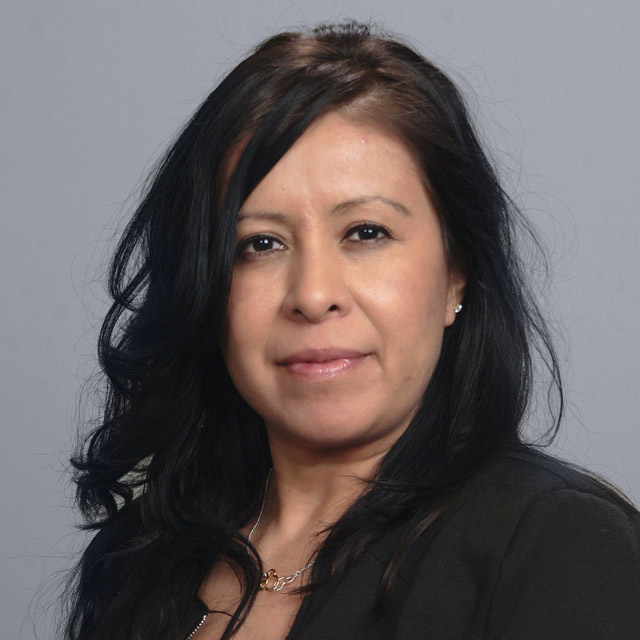 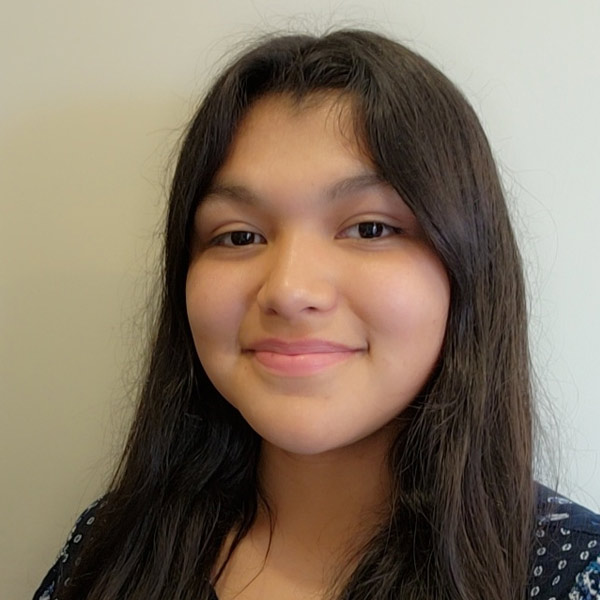 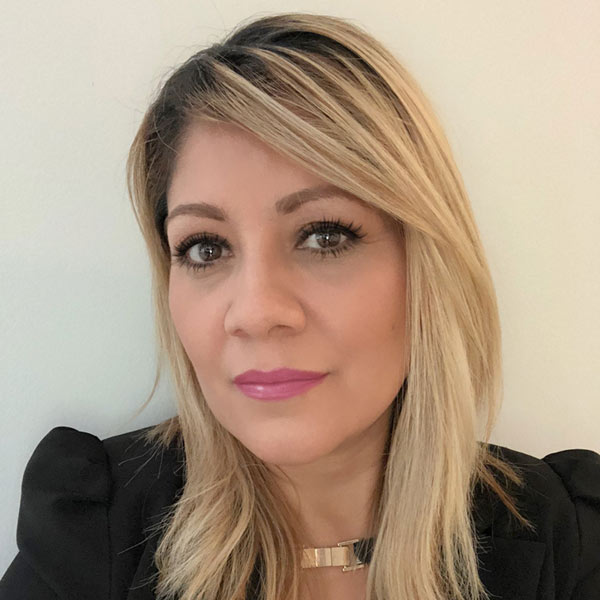 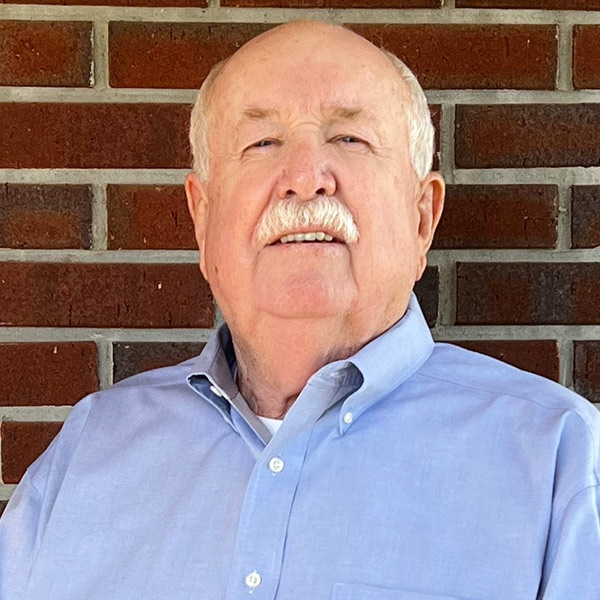 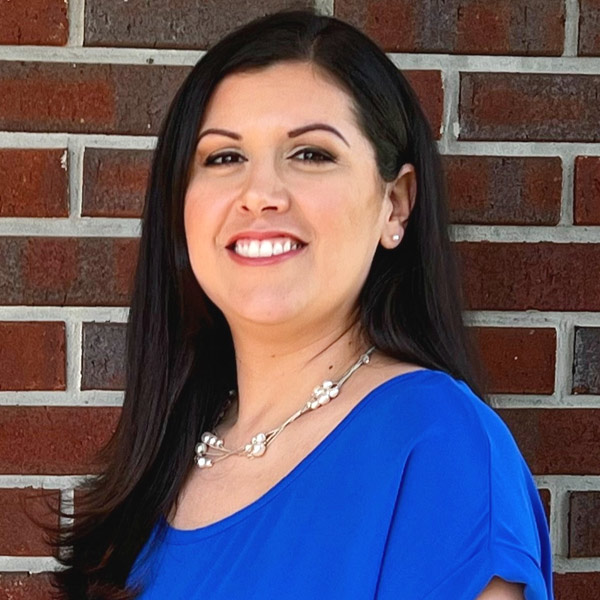 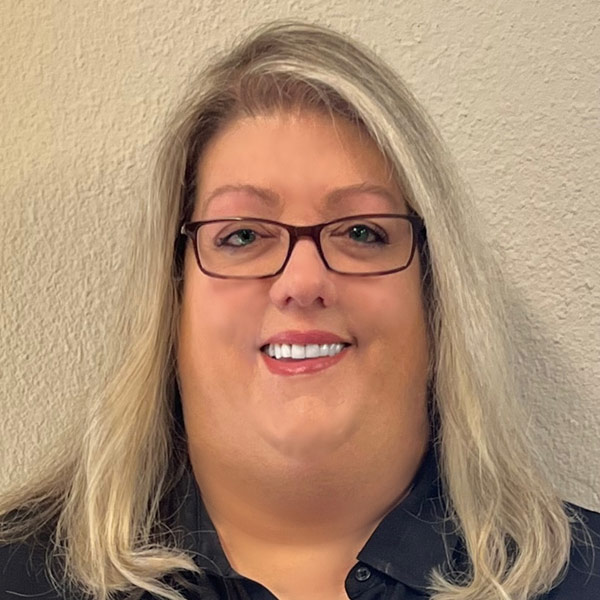 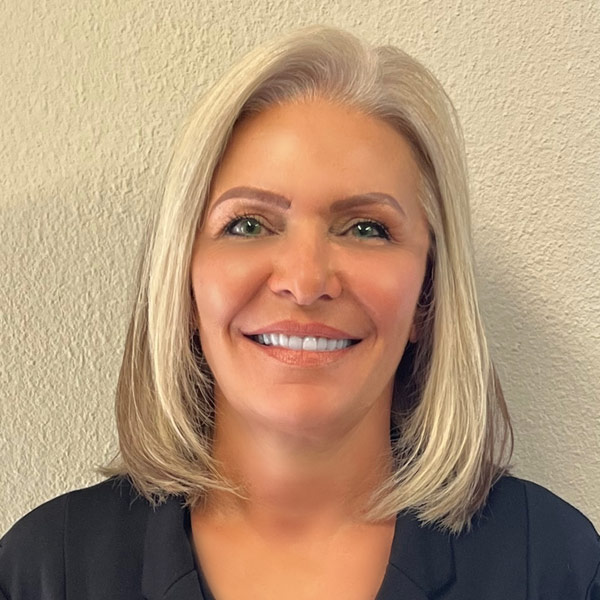 Michael has been an Insurance Agent since December of 1999 where he began as a Senior Associate Agent with Nationwide Insurance. On January 1, 2011, Michael became the Principal Agent of the Fields Insurance Agency. He brings over 20 years of insurance experience to our agency. Born in Huntsville, AL, Michael attended Halls High School in Knoxville, TN. He also received a Bachelor of Science in Communications from the University of Tennessee, Knoxville. Michael resides in Lakeland, TN with his wife Nancy, and daughter, Bethany. In his spare time, Michael is an avid Tennessee Vols fan. GO BIG ORANGE!

Nate joined the Fields Insurance Agency in 2012 as the General Manager / Associate Agent / Farm and Agribusiness Specialist. Nate brings over 14 years of insurance experience to the agency. Nate was a previous member of our team from 1997 to 2003 and is excited to be back at home here at the Fields Insurance Agency. Originally from Alabama, Nate moved to the Memphis area to train with the United States Marine Corps and met his wife Dawn, a Memphian, in the process. Nate now resides in Bartlett, TN with his wife Dawn and two children Kierstynn and Kolby. Nate enjoys spending time with his family and watching most all sports. Nate is proud to be a Veteran and is an avid Auburn Tigers fan! WAR EAGLE!

Dawn joined the Fields Insurance Agency in 2012 as an Associate Agent. Dawn brings over 23 years of Insurance experience to the agency. Dawn was an original member of the team which started this agency in 1993. Dawn is more than excited to be back at home in the Fields Insurance Agency where she can continue building an agency she helped begin in 1993. Originally from the Memphis area, Dawn now resides in Bartlett, TN with her husband, Nate. She has two children Kierstynn and Kolby. Dawn enjoys spending time with her family, singing, playing the piano, and is an avid Mississippi State fan!  HAIL STATE!

Beth joined the Fields Insurance Agency Family in 2016. Beth was born in Dyersburg, TN and was raised in Lauderdale County TN on her family’s cattle farm. Currently, she lives in Oakland, TN with her husband Matt, and daughter Brenna. Before working in the Insurance Industry, she worked in banking for eight years. Beth brings over 4 years of insurance experience to the agency. In her spare time, Beth enjoys camping and spending time with her family. Her husband is originally from Alabama, so needless to say they are all die-hard Alabama fans. Roll Tide!!!!!

Emely began working for Fields Insurance in the summer of 2022. She is a Red Bank High School junior who appreciates both mathematics and literature. She is also a member of the JROTC program and the Raiders Team. She hopes to graduate, attend college, and work as a prosthetist. She is a part of the Youth, Praise, and Translating groups at her church. She enjoys playing soccer, particularly with her family. She also enjoys outdoor activities such as hiking or simply going for a walk. She enjoys spending time with her younger brother Evan, as well as her younger cousins.

Erin joined the Fields Insurance Agency Family in 2021. Erin was born in Memphis, TN and currently lives in Stanton TN with her husband Mitchell and 3 children – Jaelyn, Jase, and Josee. Erin brings prior CSR experience to the agency and is excited about serving our Fields Insurance customers. In her spare time, Erin enjoys spending time with her family, hunting, and managing their small family farm.

Loida was born in Malacatan Guatemala. In 2015 she came with her family to the United States. She has 3 sisters and 1 brother. Loida enjoys spending her free time with her husband Fredy. She also loves listening to music and getting to know new places, other cultures and different foods. Loida is a Christian. Her favorite day is Sunday when she can attend church. Loida says that she is very proud to be able to work as a Customer Service Representative for Fields Insurance. She says that it is a joy to know that she can provide help and support to customers in our Memphis, TN office.

Gisbely Espinoza was born in Caracas, Venezuela and moved to the United States in June of 2015. She was an attorney and Accountant in Venezuela. Currently, she lives in Cordova, TN with her husband and her two-year-old son. She started working with the Fields Insurance Team on October 01, 2015. Prior to working at Fields Insurance, she was a Customer Service Rep with another Insurance Agency. She is actively involved in the Hispanic Community and enjoys helping the Hispanic clients in the Greater Memphis Area with their insurance needs. She enjoys getting together with Venezuelan friends in her spare time and also enjoys watching her husband play baseball for a local team.

Janet brings Fields Insurance Chattanooga over 30 years of experience in the Insurance industry. She has worn every hat there is to wear in the realm of insurance throughout the years; from Customer Service and Claims Adjustor to Commercial Underwriter and Expert Witness in the Courtrooms of Florida. Her favorite place to be is “on your side” as a Sales Agent with an emphasis on Commercial Accounts. Originally coming to us from Miami, Janet became interested in Risk Management while serving in the US Army and Army Reserves. Upon her return, she began credentialing with the Insurance Institute of America working towards her AAI and subsequently completed her ARM through the University of Miami. She is of Chilean and Germanic lineage and dabbles in languages with studies in Italian, French, and German over the years. She enjoys hiking and traveling in her spare time and is the mother of two young adult children.

I was born in Santa Cruz, Bolivia, and moved to the United States in December 2001. In June 2020, I started working at Fields Insurance Agency in Chattanooga. The experience has been incredible! Helping and guiding Latinos is something that I love and together with them I am growing and learning from this world of insurance. I love spending time with my family watching movies, traveling, and especially when we go to see our Favorite Soccer team CFC (Chattanooga Football Club).

I enjoy spending time with my 3 daughters and husband as much as possible. Family is everything to me and without my family I would be so lost! We have a small farm outside of town in Forked Deer that we are currently renovating and reworking to its former glory. I enjoy spending as much time as possible outside gardening, riding 4 wheelers, fishing, hiking, and tending to my farm. I also have quite a few pets 1 dog, 2 cats, and 4 chickens right now with plans to add more later! I enjoy the country life and grew up in the Forked Deer community, so naturally I am thrilled to be living there as an adult raising my own family. I have been a lifetime member of Maranatha Baptist Church in Forked Deer and attend there with my family.

I currently live in Medina, Tennessee. My wife (Annette) and I have two children and three grandchildren. I am proud to be a veteran of the US Army and served in Vietnam. I received my Bachelor of Science degree from Lambuth College in Jackson, TN – Go Eagles! I have coached both High School Football and Basketball. I have also been in the Insurance business for 15 years and hold a P&C and Life/Health license in the states of TN & MS.

Maribel came to join the Fields Insurance family at the Chattanooga agency in October 2019. She was born and raised in Puebla, Mexico where she studied and received her Bachelor’s Degree in Systems IT and Office Administration. She moved to Tennessee in September 2010 and enjoys the many outdoor activities that Chattanooga is known for along with her young son, Jacob. Maribel’s background includes working in Marketing and Accounting and she enjoys uniting and educating the Hispanic population while volunteering in Community Events. She wants to promote diversity and advocate for a well-rounded city where all feel welcome. As one of our Customer Service Specialists and the face of our Marketing Operations, you will find Maribel’s warm smile either behind the desk of our Chattanooga agency, in the community hanging posters, and meeting new clients.

Jenny was born in San Salvador, El Salvador, where she studied and received her bachelor’s degree in Business Administration. She moved to Savannah, Georgia in July of 2015. Jenny has been working in the Hospitality Industry where she has learned the importance of providing a good customer service experience. She is excited about her new career in the Insurance Industry.

Jenny started working with Fields Insurance in June of 2021. Her goal is to help people understand their insurance policies and to provide them with the proper coverage that fits within their budget.

Jenny enjoys spending time with her husband and her young adult son Kevin and her daughter Tiffany. Jenny also enjoys going to the beach and camping with her family.

Holly has 25 years of Insurance experience and has been with our Brandon, FL office for over 10 years. She was born and raised in Michigan but left the snow behind in 2005. She has two associate degrees in criminal justice. She is a lifelong volunteer for her community and is currently the Secretary for the Krewe of South Shore Marauders which is a 501c (3) charity in the Apollo Beach area. Prior she has been the Vice President of the PTA for several of her children’s schools, parent teacher coordinator and a parent to parent volunteer mentoring teen moms. She enjoys spending time with her 5 children and 2 grandsons, kayaking, running, backpacking and bike riding.

Get a Quote Today!